WordPress History and the Prospects for the WordPress Future

In 2003, when WordPress launched for the first time, many were curious about its future. It is not that easy for a new platform to grow. But WordPress has surprisingly grown-up soo faster. Now more than 80 million websites in the world have been created using WordPress. But how did it come and what is the future of WordPress? Well, the CEO of WordPress has the best answer to all the questions. Let’s hear from him all the details about WordPress and its future prospects.

Matt Mullenweg (CEO of Automattic and the man behind WordPress) answered questions in a podcast about WordPress and many things. Some interesting questions were asked about Calypso, the native app for WordPress for Mac and Windows. The future of WordPress was also addressed.

Table of Contents hide
How did Matt Get into Programming?
What Drives Matt?
About WordPress
WordPress History – Where Did the Name WordPress Come from?
How Did WordPress Get So Popular?
What Does the Future of WordPress Look Like?
How is WordPress Financed?
Can You Use the Automattic Model for Your Own Company?
Calypso
Why does Something New?
Why JavaScript?
How Does it All Work?
What Should You Do Now as a Plugin Developer?
WordPress in The Future
Will the Open-Source Remain Same?

How did Matt Get into Programming?

Some common questions about Matt Mullenweg and how he first got into programming and WordPress. In the podcast, he said that his father had been involved with computers for a long time and that he, therefore, grew up with technology. He wrote his first own code on a Macintosh at school. As far as I understood it had something to do with generating music. He could probably have pieces of music played out at the push of a button.

It was also nice to hear that he never got off the programming track. He originally wanted to study political science, which has probably also helped him a lot in his current position as CEO. In an interview, he said that when you work with open source software you often have more to do with people than with code.

“Take something difficult and make it easier” – Matt Mullenweg

Matt has always tried to follow this principle. According to him, in the beginning, there was Movable Type with which most of the blogs were managed at that time. He finds the idea interesting that the software was always delivered with code, although it was probably not under an open-source license at the time. However, the code was probably not that easy for him to understand, so he looked around for something else. Finally, he came across b2. The code wasn’t as nested as it was with Movable Type and the system ended up doing exactly what it was supposed to publish blog posts.

WordPress History – Where Did the Name WordPress Come from?

The interviewer asked Matt where the name “b2” actually came from. He said that it was just a reference to a “better version of blogger”. Since the domain b2.com was unfortunately already taken. So he came up with the name cafelog, which was also used for the Sourceforge username. In the end, however, both names were always used and connected with a slash: b2/catalogue.

He only came to WordPress through a lot of thinking. He said that he had met friends in a bar for months. There were a lot of discussions there and he also told his friends what he was working on. Nobody used or knew b2 at the time. Everyone was on Movable Type or Blogger. One of the friends was Christine Salek who came up with the name “WordPress” one day because she knew Matt was looking for a good name. She even checked the domains. Matt secured WordPress.org and WordPress.net immediately after the phone call. The .com address was occupied. That’s how the history of WordPress was started.

How Did WordPress Get So Popular?

Matt said in an interview that WordPress has always been a community project:

The kick-off came when Movable-Type decided to bring out a new software version. They haven’t really added new features, but more or less “just” rewrote a lot. And they wanted money for it. That caused a bad mood among the users. And because of course, everyone had their own blog, they could write about it too. So one thing led to another. The users were looking for an alternative. And why not use OpenSource software that was free of charge? It’s nice that WordPress could come up with version 1.0 at the time.

The interviewers added the expandability. WordPress started opening the system for other plugin authors relatively early on (version 1.2). So it got better and better with every version and with every plugin. From version 1.5 there was the option to use your own themes. There will also be many attractive updates that come in the future of WordPress.

The competition is tough. So the development of WordPress always needs in the future. There are social networks such as Facebook and Twitter on the one hand and websites such as Medium.com on the other. The interviewers say that they now often link to Medium.com instead of other blogs. Could this be a threat to WordPress? Matt says no because you always have to keep in mind that you are only visiting someone else when you publish something on another site. Sooner or later, Medium will have to make money with the platform. And this is exactly where Matt sees the problem. Because someone earns money with content from other people.

How is WordPress Financed?

WordPress is a non-profit website builder. There is no need to generate sales. The Automattic company is behind it. However, Matt sees something positive here too. The code that runs on WordPress.com is the same code that can be downloaded from WordPress.org. That means all the improvements that Automattic puts into the software will eventually end up at WordPress.org.

Automattic itself generates sales with web hosting which is also very unique. You can simply download all the data at some point and simply host it yourself with the OpenSource software WordPress. That doesn’t work on Facebook or Twitter.

Can You Use the Automattic Model for Your Own Company?

Matt says yes and immediately refers to the book “The Year Without Pants” by Scott Berkun. It should give a very good insight into the company behind WordPress. In general, Matt believes that a lot of people aren’t really into the big bucks. Rather, people want to make a difference with your idea. And that can be achieved very easily with a kind of open-source/community venture.

In Calypso, an attempt was made completely without PHP for the first time. It was written entirely in JavaScript but requires WordPress in the background on a server to exchange information via the API.

Calypso is also open source and available for free on GitHub. It is based on React and was written for WordPress.com to publish content even faster. So the user experience came first. At the moment the makers are still working on offline support, caching, and a cool preload function that shows, for example, what is hidden behind a button when you mouse over it.

Why does Something New?

“But wasn’t that also a risk?” ask the interviewer. Most open-source projects regularly stay true to their path and tend to shy away from introducing something new into the world. After all, the WordPress admin interface has always been very good. The general backward compatibility of WordPress too. Why create a new application now and change everything? The simple answer to this: Matt’s work at Automattic and therefore on WordPress should continue for the next few decades. It is inevitable that the world outside is evolving and you ultimately have to go with the trend somewhere. At this point he repeats how WordPress will change in 10 years:

What users see in the frontend will be 100% JavaScript. These JavaScript apps will connect to a PHP backend via HTTP. MySQL will remain MySQL (or reappear as MariaDB or a Percona fork). nginx will be the web server of choice. But: there will always be an evaluation. At any time and for each individual sub-area.

Again, Matt has a suitable answer. JavaScript has seen a huge leap in development in recent years. The virtual machines (VMs) that run JavaScript are some of the best currently available. This has also led to the fact that JavaScript can now also be executed on the server-side with nodeJS.

How Does it All Work?

Based on the facts above, Matt says: Of course it will take time for the developers to absorb this. The learning curve is very tough. It is also likely that we do not have many JS experts among PHP developers at the moment. So we have to learn first. But it shouldn’t get much more complicated either. On the contrary, Matt hopes it will make a lot of things easier. After all, the current WordPress admin interface already uses a lot of JavaScript. It’s just mixed in with PHP.

What Should You Do Now as a Plugin Developer?

WordPress in The Future

What you can tell from the interview is that Matt is increasingly relying on WooCommerce. He said that at the moment WooCommerce is where WordPress was around 2008/2009 and also will be in the future. The potential has not yet been exhausted. So we can expect a lot. He then immediately refers again to SimpleNote, a Notes app for Mac / Windows / Android / iOS that was bought by Automattic. A nice quote on this:

“The simplest interface in the world is also the one with the most complexity behind it. Which is the Google search box.” – Matt Mullenweg

So the simplest apps are often the most complicated. For example, the SimpleNote app has built-in a kind of time machine that allows the user to view documents in the past at any time. The users do not notice the actual complexity because they only use the app which is very easy to use in the front end.

Will the Open-Source Remain Same?

What I also didn’t know is at the beginning, Apple did not allow open-source software in the AppStore. Sounds strange at first, but according to Matt’s statement, it was like that. On the one hand, Matt is the living symbol for open-source. On the other hand, he was not allowed to place the app under an open-source license. So what to do? One option would have been: not to develop an iOS app, which would ultimately have been bad for the entire community. The other option: “Never mind. Let’s do it anyway. ” After all, many companies (like Apple, Facebook, Twitter) also build on OpenSource. And so the iOS app found its way into the AppStore anyway. And Matt would have messed with Apple one way or another. So yes: OpenSource will remain OpenSource.

Matt also believes that open source includes friendliness and a lot more. So the WordPress users will see some great revolution of WordPress in the future. So that will be more amazing for the users of WordPress as they get more updates that will surely influence them to use this platform. 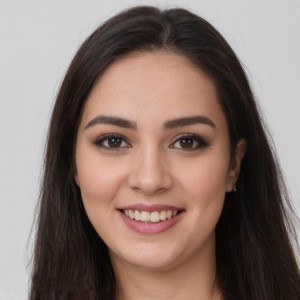 Mira is a passionate blogger who loves writing about open-source technologies.
PrevPrevious PostHow to Create a Custom Page Template in WordPress
Next PostHow to Earn Money with WordPress PluginsNext How to Make an Elementor Popup Easily How to Create a Ticket System in WordPress